When our daughter falls
down the carpeted hotel stairs,

her body translates to others
you’ve seen before,

fingers outstretched in search of anchor,
elbows locked into columns.

You didn’t catch those bodies
either, not even a sleeve.

She howls. You scream for me
the way a medic screamed for you,

yelling as if I don’t kneel
on the same carpet you cradle her on,

its red lotus design bursting
like fire at night.

We lean into each other like ruins
beneath a glittering chandelier,

our backs to the guests
who line up to check out.

Abby E. Murray’s debut Hail and Farewell is a bold examination of the intimate relationship between a soldier and a pacifist, bound together by choice. The collection reveals a wife’s perspective during her husband’s deployments to Iraq and Afghanistan, including the whiplash of infertility experienced between tours. Inseparable by heart, their marriage is also built on disagreement. Military spouses are often expected to express absolute patriotism, and to conform to gender roles shaped by sexist, archaic ideals. But these poems don’t aim to accuse; rather, they call for compassion and community in the face of isolation. Capable of inserting levity into the most dire of circumstances, the poet never lets the reader forget what is at stake. Murray tears the idealized from the real, illuminating the brutality of battle and loss—traumas we tend to avoid in both military and civilian life. Hail and Farewell is an expertly woven treatise on love, war, and politics.

At a time when lines of ideological division run particularly deep, it gives me hope to see a poet exploring the nuances of patriotism and pacifism through the voice of a speaker who embraces the duality of her identity as both a wife and also a person defined by much more than her gender or marital status. Though full of men, Hail and Farewell is a book made of everything that a woman is expected to be—beautiful, fecund, and endlessly patient—cast against the surreal landscapes of a homecoming ceremony for returning soldiers or the military family housing that turns strangers into reluctant intimates. Most of all, I’m heartened to see that what I’ve always told my students is true: If there is a story that needs to be told, there is someone who can tell it. And damn, but Abby E. Murray tells this one.

“… only girls / had the grit to transform themselves,” Abby E. Murray writes in Hail and Farewell, her fine first collection of poems. Murray has grit to spare, examining in intimate, often devastating detail what it means to be a pacifist married to a soldier. Both insider and outsider, the speaker in these poems interrogates military culture, war, and violence with insight and compassion. “Bones,” written at the bedside of a wounded soldier, describes “shrapnel / spiraling up the leg…like / morning glories curling round a fencepost.” Murray deftly weaves the personal and the political, as in “How Can I Tell You This?”: “Mornings come with news: / red flowers have opened / beneath a man’s white t-shirt / and I want to tell my daughter / the burning petals aren’t hers or mine, / but how can I?” For those of us who have the luxury of not thinking about the wars in Iraq and Afghanistan, Hail and Farewell is necessary reading, reminding us what sacrifice looks like.

Hail and Farewell is a triumph of womanhood and a reminder that we are all touched by war. The small questions the poems ask about what it means to love, to support, and to find strength in the spaces of everyday are magnified against a backdrop of conflict and by the desire to make something from uncertainty. There is a sense that the world could be upended at any moment, and these poems open those moments and ask us to step closer.

We’re so grateful to Libby Maxey for her thoughtful January 2020 review of Hail and Farewell in Literary Mama. Maxey writes that “The speaker of these poems is an outsider—a pacifist who can’t be pacified by America’s consumerist fantasy and its ready-made new beginnings (‘Sitting in a Simulated Living Space at the Seattle Ikea’), who cringes at being ‘bribed with jewelry to behave’ (‘Jewelry’), who can’t buy into the mandatory oversimplification of complex situations (‘How to Be Married After Iraq’). But she is also an insider, who knows the challenges of this life too well to waste much energy sitting in judgement.”

Thanks to Lisa Houlihan Stice for her December 2019 review of Hail and Farewell in Military Spouse Book Review: “Murray’s poems sometimes grab the opposite poles and pull them together. Sometimes, they live somewhere in a blurry middle or in a completely different place all their own. They are gloriously complicated in the best way.”

Thanks to Cheryl Dumesnil for her October 2019 review of Hail and Farewell in ESME: “Murray shares her unique (and deeply feminist) take on the pressures, ceremonies, and rites of passage in military life. But it would be a mistake to think this book is only for military spouses. The themes Murray explores will resonate with anyone brave enough to risk loving in the face of loss, anyone who calls B.S. on oppressive social systems, anyone who has felt like an outsider, anyone who opens her heart equally to both the beauty and the pain in this world.”

Thanks to Charlie Sherpa for his September 2019 review of Hail and Farewell up at FOB Haiku: “Murray’s first book, the recently published and prize-winning Hail and Farewell, is a collection of quirky, sometimes snarky, but always genuine explorations of Murray’s relations to the Army and its cultural traditions, and with her active-duty soldier husband. It also notably interrogates struggles with pregnancy and parenthood. Some of the latter take place in the context of military family life, but one need not limit oneself to war to talk about conflict.”

Abby E. Murray completed her MFA at Pacific University and her Ph.D. in English at SUNY Binghamton, where this book was written. She’s taught creative writing at high school and university levels and currently teaches argumentative writing to U.S. Army War College fellows sent to the University of Washington. Abby is the editor of Collateral, a literary journal concerned with the impact of violent conflict and military service beyond the combat zone, and as the 2019-2021 poet laureate for the city of Tacoma, Washington, she offers free poetry workshops around Pierce County, including at military posts and detention centers for undocumented youth. This is her first book.

Here’s Abby on the CityLine show talking about her work with the Tacoma Refugee Choir.

Here’s Abby in a SouthSoundTalk interview, after being appointed Tacoma Poet Laureate.

Here’s Abby in a We Art Tacoma podcast about language, Collateral, and teaching poetry. 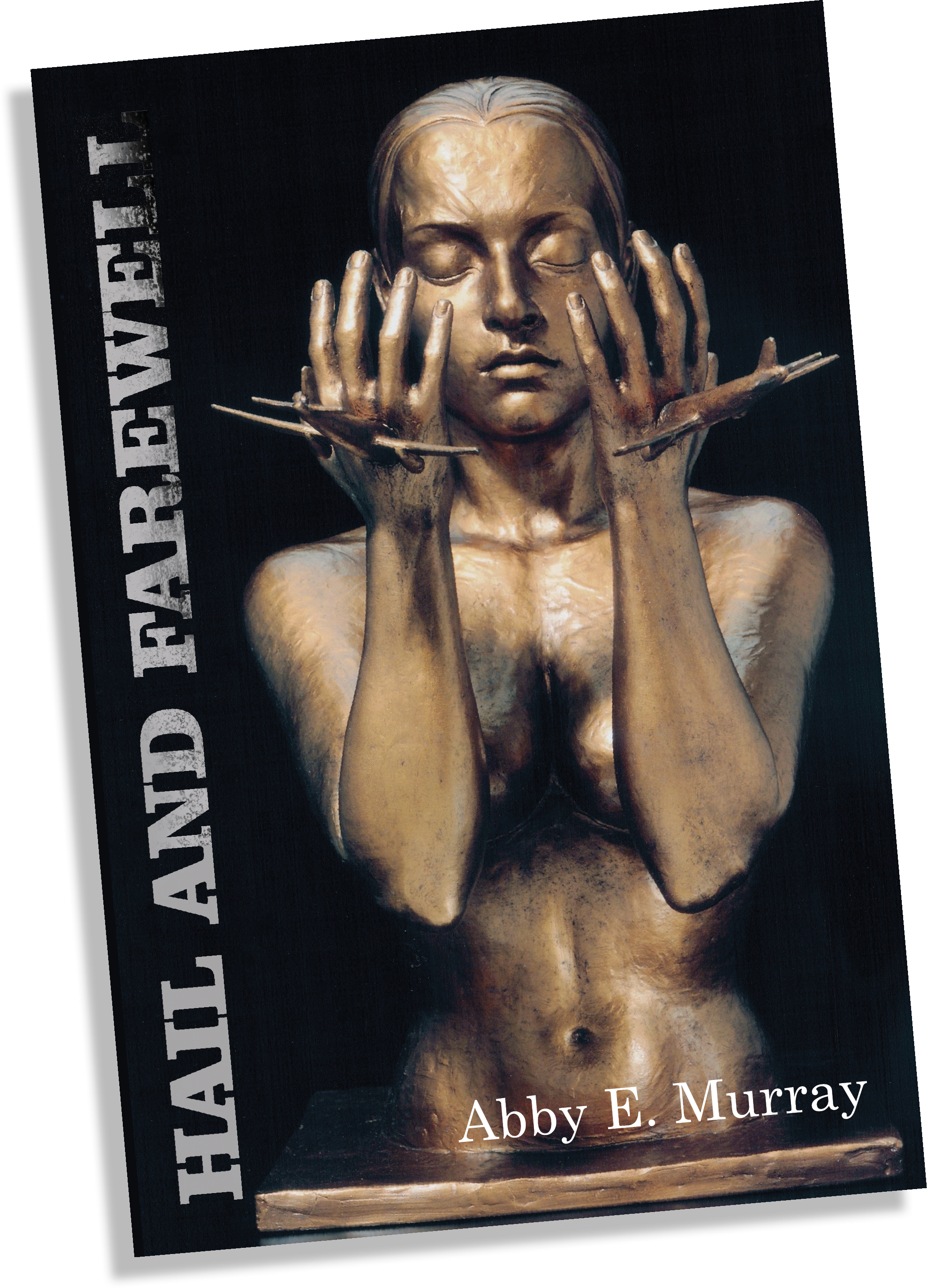